How was your Xmas?

We decided to vacation in Florida for the holiday break, for some sun & warmth. For the first two days, my husband was still on a biz trip a short flight away. So it was just me and the kids.

I gave kids assignment when we arrived at the airport, to take care of a backpack and the carseat, respectively. They were excited about the trip and happy to get assignments and did well.

On the plane, I told them it's just me and them on the trip down, so I expect them to behave themselves. "You get what you get and you don't get upset." A very useful line I copied back from their preschool teacher.

I explained traveling can be frustrating, things can go wrong, and their job is learn to deal with that frustration. "You can talk about how you feel, think of solutions, rather than just sulk." (That's really for my son.)

Shortly after take off, there was a lot of turbulence, and my daughter said she felt like throwing up. I handed her a bag.

The flight was otherwise uneventful. And kids had fun reading, drawing, eating their lunch, and just playing with each other. (No screentime, yay!) 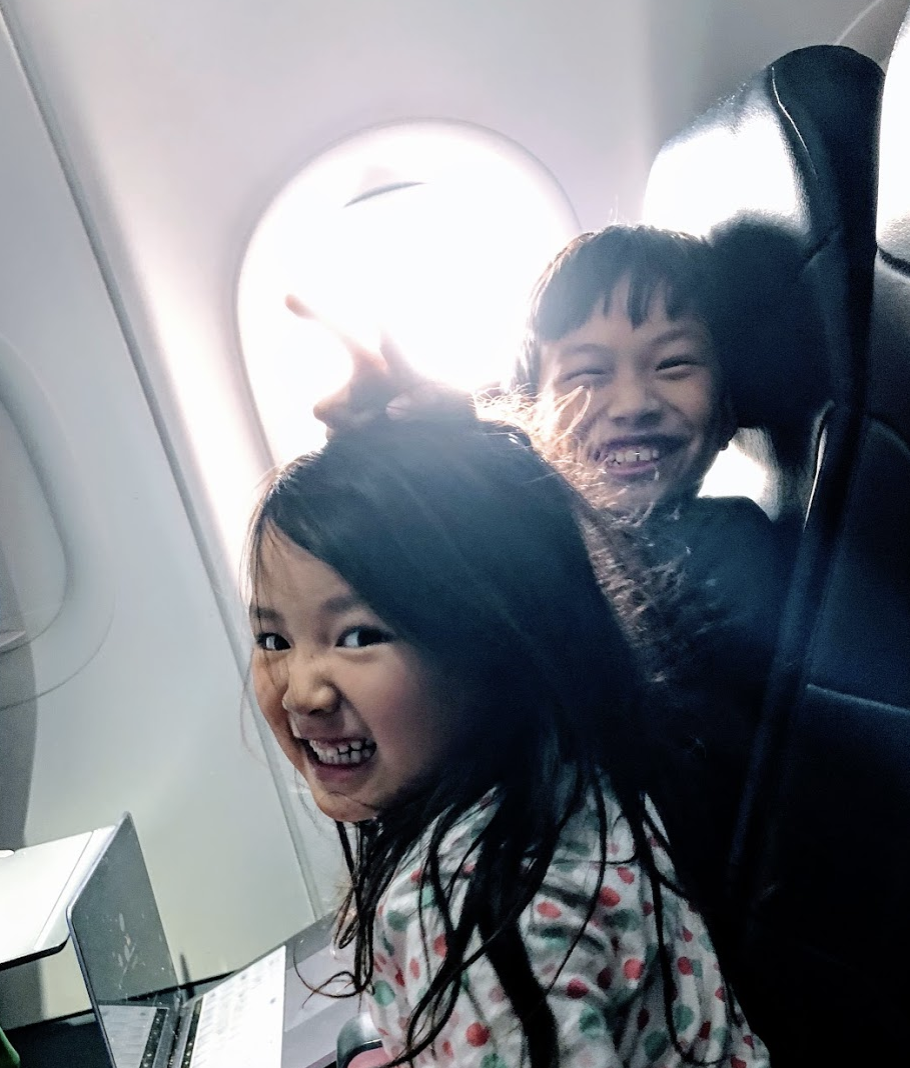 As we started to decent, my daughter felt her ears were getting painful. I gave her water to swallow and gum to chew.

"It doesn't help," she said sadly.

I hugged her close, "Almost there. Look outside the window."

There was a lot of wind while the plane tried to land. It looked like we were very close to the ground, but then the plane flew higher instead.

My kids were confused, "Why didn't we land?"

The captain explained that it was too windy, and they'll try again. In all my time of taking planes, that has never happened before. I was getting worried but said instead to the kids, "The captain is taking good care of us by being safe."

It was probably just a few minutes but felt much, much longer. When the plane finally landed, bumpy and all, we passengers broke out clapping.