The most popular camps are mostly the same: MLK Camp, the Chinese Camp, the YMCA Camp. MIT sports camp also got some votes, and Steve and Kate's as well. And I continue to hear from parens asking about Tennis camps.

Since people are so open to sharing about their summer plans, I've added a new feature where you can see who else is interested in the same camp, see below. That way you can ask them about how they liked the camp (if been there) or which days they are going so you can go together or maybe even carpool! Especially for the camps that are a bit out of your way.

So now you can just check off "Interested" right on the camp page and see below who else' interested. Below that is a list of all the camps you've expressed interests in, to make it easy for you to find them again. Check it out! 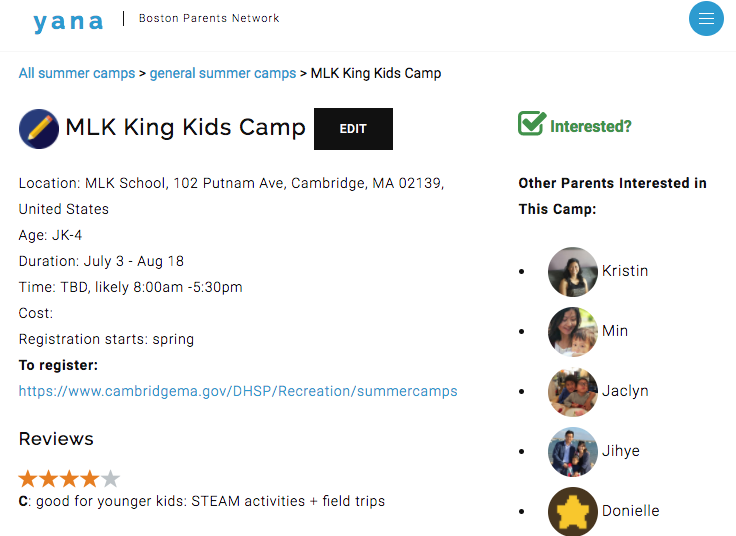 Questions? Let me know. Thanks!